Fool her once, shame on her.  Fool her twice, you’re dead.

Prior to becoming one of the three principals of the “off-the-books” security organization known as Linchpin, Serafina Ferrari served Linchpin in a unique capacity. Teamed with Hercule Girard, the two of them wrought swift, sure, and final justice to some of the most despicable predators in the world. A formidable team, their fates were intertwined on the mission field as well as in their personal lives. It all changed the day the group’s leader, known only as Seven warns her of a threat from an unexpected source.

Torn between loyalty to Linchpin, and a commitment to the man she loves, she struggles to carry out her most difficult mission and answer the question - who’s fooling who? 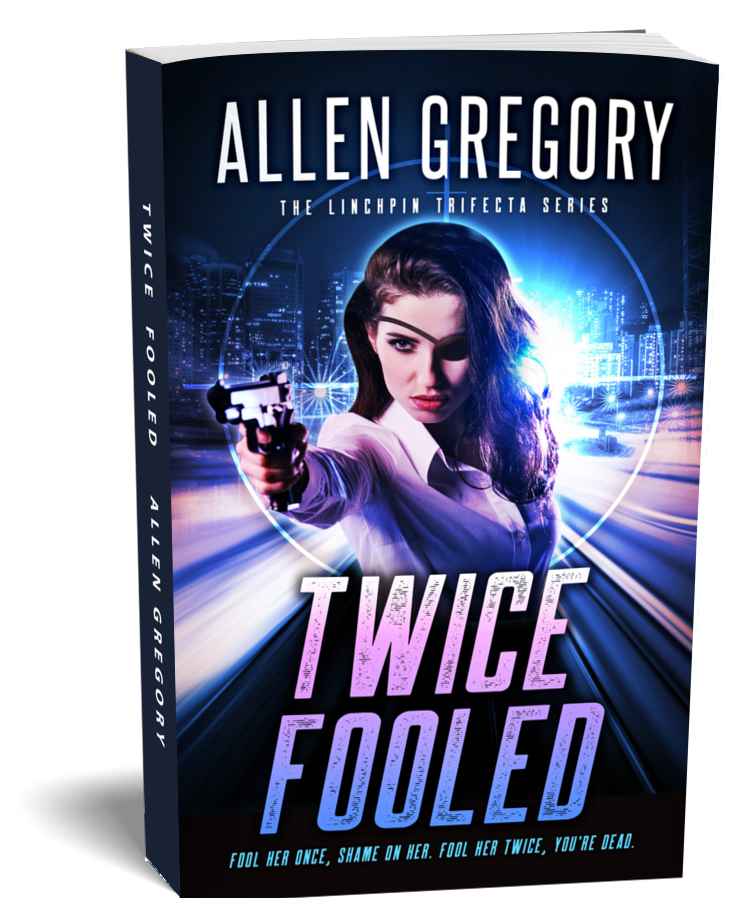 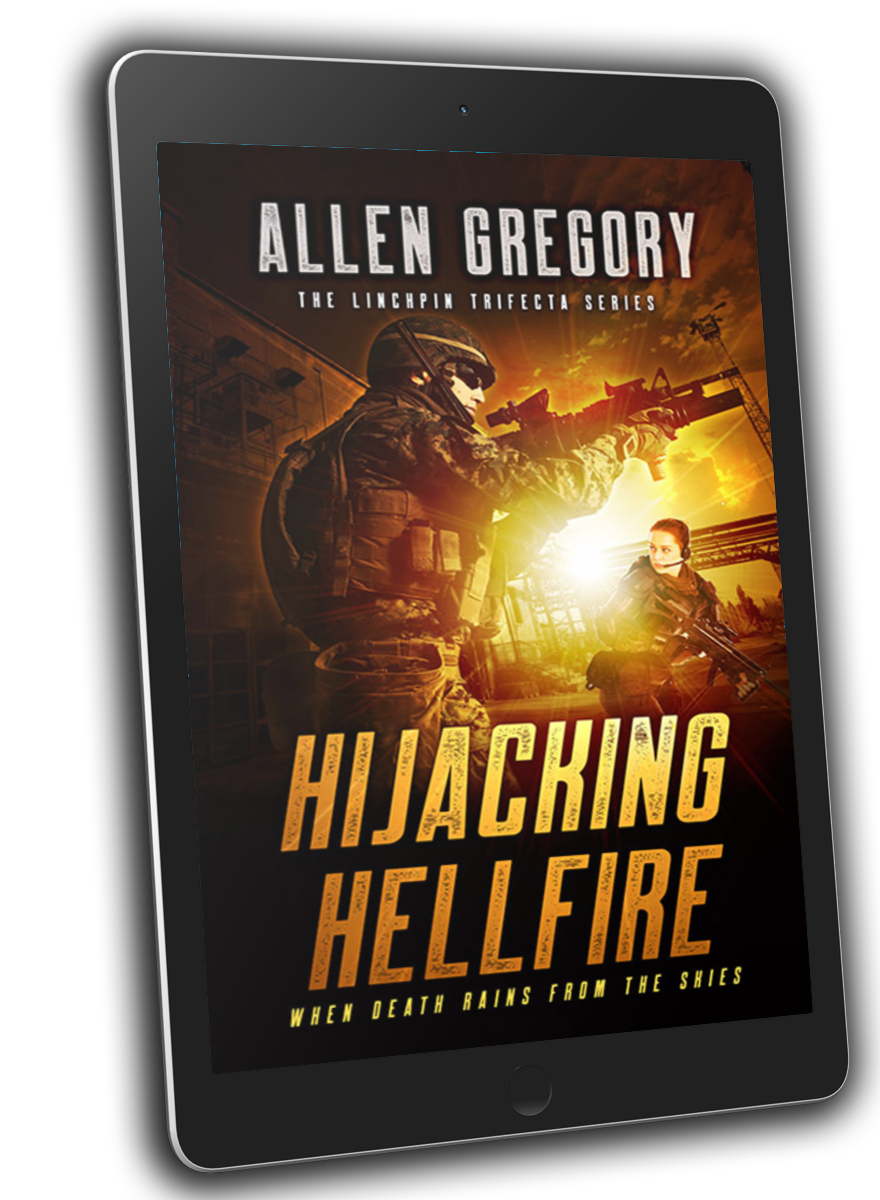 Long before Flint Stryker came into the picture, the man known only as Seven, was a core member of the “off-the-books” security organization known as Linchpin.

This select group of men and women, find themselves involved in a dangerous game of hide-and-seek with an embedded terror cell and a rogue Iraqi scientist in the aftermath of the second Gulf War. Racing against the clock, these seven agents seek to recover the triggering system for a weapon that will rain death from the skies, leaving millions dead, worldwide chaos, governments crippled, and a dramatic reshuffling of the World Order.

Can this small, but elite group from Linchpin eliminate the threat before it’s too late? How will this mission determine the future of Linchpin and shape its leadership and mission focus going forward?

Hijacking Hellfire is a thrill ride of action and suspense, featuring a madman seeking vengeance, and a life-changing mission that tests the leadership of a group sworn to protect America from extraordinary threats.

Order TODAY on Amazon for just .99!

An unhinged cult leader bent on remaking the world in her image is just one of the perils facing Linchpin operative Flint Stryker and the team at Linchpin.

Beset by threats on multiple levels which threaten to rip apart the fabric of society, Flint seeks to neutralize an old nemesis who is intent on sowing worldwide chaos and financial ruin.

The clock is ticking as Flint and CJ sift through the clues and seek to stop a bloodbath and an all-out gender war. Can they prevent a bloody sacrifice demanded of her followers by a goddess-wanna-be? 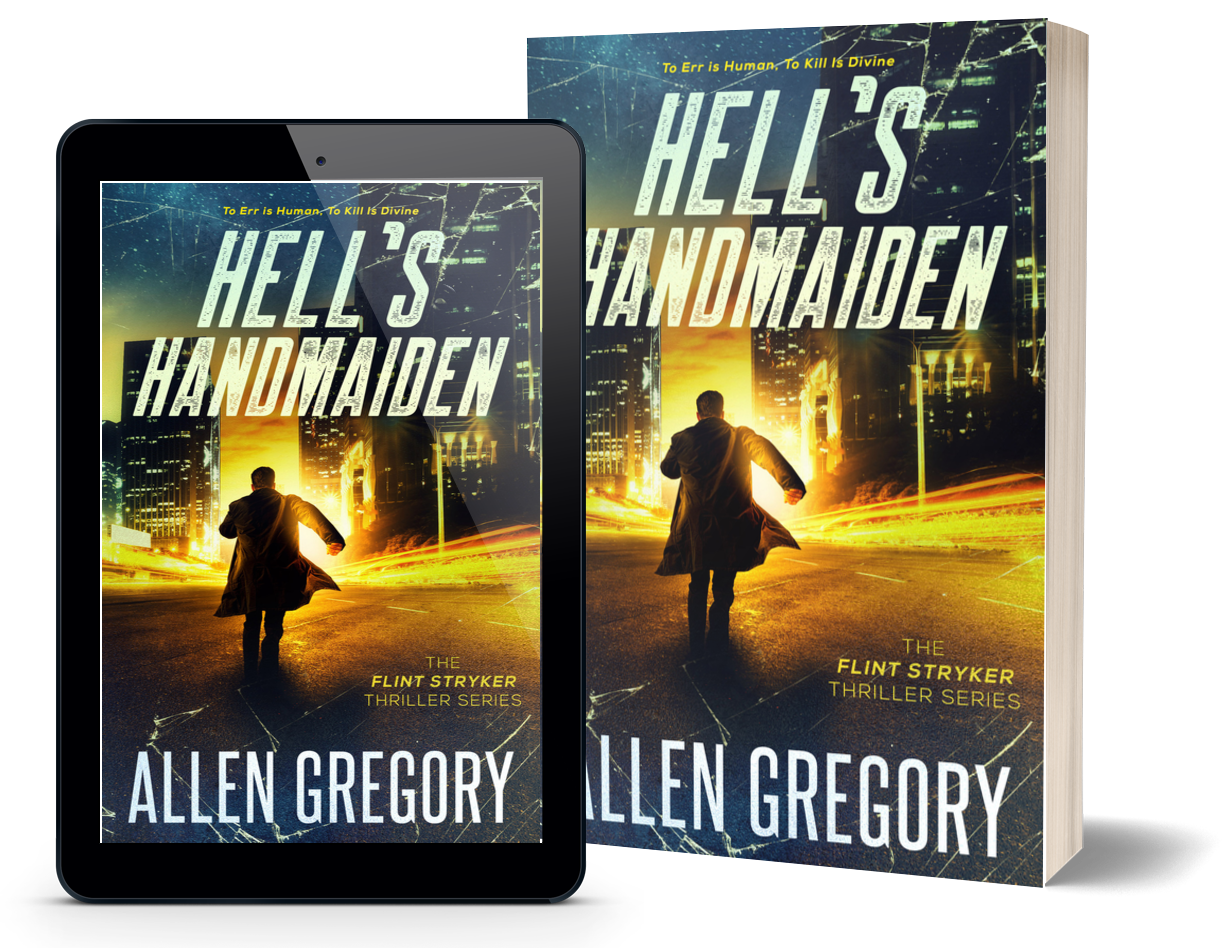 Injured, freezing to death in a collapsed cabin in the Canadian Northwest territories, and talking to a moose head – another day in the life of Flint Stryker, right?

Poised to begin his career as an undercover operative for the secret Organization Linchpin, Flint Stryker embarks on training designed to equip him to deal with the challenges of being an undercover operative – if it doesn’t kill him first. Flint undertakes the transformation from perennial underachiever while trying to understand and further develop a special skill which makes him a highly valuable asset.

Tested at every turn by challenges designed to push him to his breaking point, Flint's first mission threatens to end his career before it even begins.

Murder, kidnapping, and involvement with a secretive "off-the-books" organization that deals with unusual domestic terrorism sounds like an interesting career choice, right? But suppose you want nothing to do with it?  Soon-to-be (and long-overdue) college graduate Flint Stryker discovers that life after college would be like nothing he ever imagined. Gifted with a unique special ability that puts him on the radar of two mysterious organizations, Flint had no idea a hard-partying slacker would be in such demand.

Since when did choosing a career become a life or death decision?